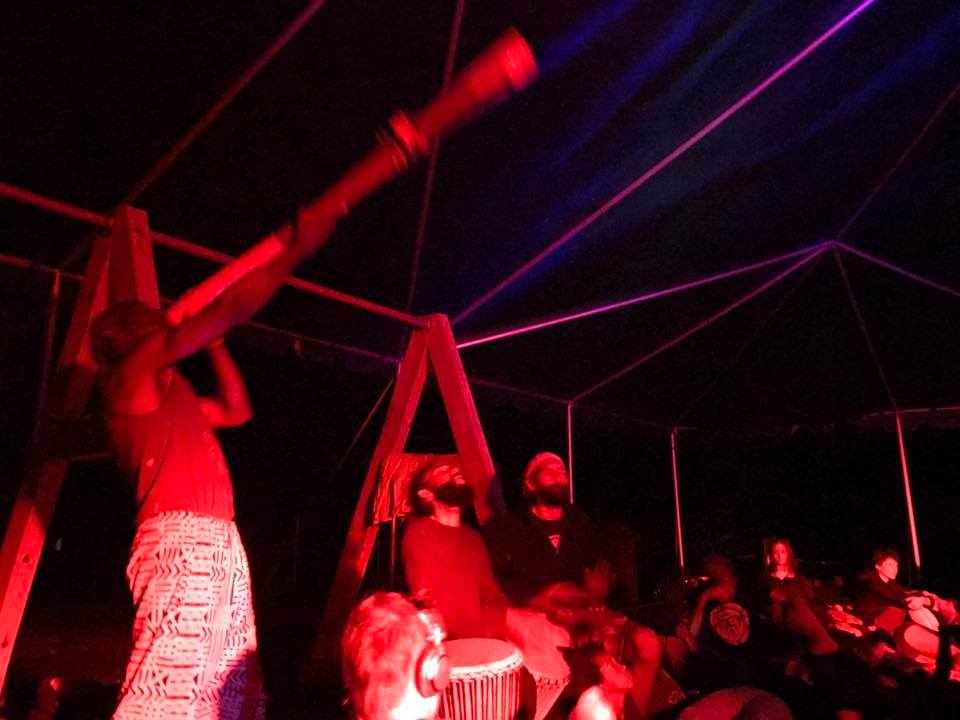 Artist Dream Family invites you to join us for a Night of Music and Beauty.

LIve Purposeful Music with Yahoteh Kokayi on Drums, Tomchess on Flute and Percussion, Evan Worldwind on Didgeridoo and Senko Nishimura.

I Am Looking Forward to being with you before I Cross the Atlantic for Barcelona! — Evan Worldwind

Asking $10 Donation to cover the space and refreshment….

Tomchess is a Multi-instrumentalist/Improviser/Composer. He plays Reeds, Western Flute, Arabic/Turkish Ney flute, Oud, and Guitar. He also has a history of using electronics /sampling/live-sampling/loops/fx. He has performed with Drummer Ronald Shannon Jackson’ Decoding Society, Butch Morris’s Sheng Skyscraper, recorded with Tenor players Dewey Redman, Pharoah Sanders, Morrocan Sintarist Hassan Hakmoun and Butch Morris. He has also led a guitar trio with Drummer Phil Haynes and bassist Drew Gress called Seven Times a Year. He has studied Middle/Near Eastern and West African musics, spending time in West Africa playing and performing. He has studied with Bassam Saba, Omer Erdogdular, Tidiani Bangoura, Abdul Aziz Tourè and Mohammad Camarra. He has also conducted workshops and master classes/lectures and performances in the NYC Public school system as well as New Jersey and Universities and institutions such as Asia Society NY, Johnson State College Vermont, Columbia University, SUNY Fredonia College, McDaniels College, Carrol Community College, Md, and Gettysburg College Pa. He currently lives in NYC where he performs with his different ensembles and works as a freelance musician. He has performed at Lincoln Center, The Turkish Embassy, The Pakastani Embassy, the Asian Society, The Natural History Museum, Himalayan Museum of Art and The United Nations among countless other venues in NYC and the United States. He has also performed on NPR and PBS. He has performed in Africa, Canada, Holland, India and Italy. He has been awarded grants from the Turkish American Society and The Maryland Council For The Arts. He has been nominated for an 2012 Independent Music Award. He can be heard on Grammy Nominated recordings and movie soundtracks. https://www.facebook.com/Tomchess-125217637524635/

Yahoteh Kokayi has toured with Underground System Afrobeat, performed at Madison Square Garden, shared the stage with members of the Grammy Award Winning jazz ensemble, Snarky Puppy, lead his own 9-piece original soul-jazz ensemble, as well as performed and recorded with countless artists in New York and the Tri-State area. https://soundcloud.com/yahoteh