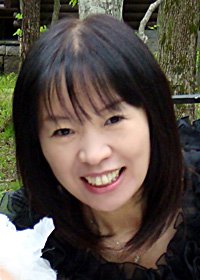 It is unbearable for me to think that you have thoughts but cannot communicate to others, even for as short as one second. I have worked in special needs schools for a long time. Consequently I have learnt through my children with special needs that, even if one looks unconscious, everyone has feelings and thoughts. And what is more, they can hear, see, and understand everything. Another thing they have taught me is that the human body and brain have tremendous powers of recovery. If you do not give up, communication is possible and they will be able to recover. I think it is very true.

However, I am afraid that it is not common knowledge in our society. It is unbearable for me to think that some patients cannot communicate, and have to give up the recovery process, only because the carers do not have the information and know how.