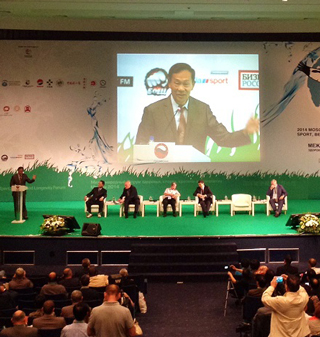 Participants learn a Qigong form that cultivates energy for the different structures and functions of the brain and central nervous system to develop stronger sensory and cognitive functioning; including improved memory, creativity, and is also good for improving spinal cord conditions.

Participants receive energy to facilitate increased cognitive and sensory functioning of the brain. Energy is equivalent to energy received during a 1:1 healing session with Master Ou.

Pangu Shengong (aka Pan Gu Mystical Qigong), developed by Master Ou Wen Wei, has its fundamental philosophy and practice rooted in kindness and benevolence. It is designed to absorb the beneficial energy of the sun and moon and the essence of the Qi of the universe. It regulates and intensifies Life Force and the immune system. Pangu Shengong is a specialized form of Qigong that is simple to learn, and its benefits to health and well-being can be experienced immediately. The positive effects from regular practice include:

Pangu Shengong is a discipline that Master Ou originated through many years of studying how the ancient Chinese people cultivated long and healthy lives. Through his own agonizing but successful self-experiments, and through learning the inspiring and enlightening story of Pangu, Pangu Shengong was created in 1990. Since then, it has been well accepted by society at large.  Pangu Shengong is now being propagated widely throughout the United States, as well as in more than 30 other countries including China, Canada, Indonesia, Australia, the Czech Republic, Germany, France, Italy, the United Kingdom, etc. Pangu Shengong has been received and mastered by thousands of practitioners, allowing many of those suffering with illness to regain their health and march toward a new life.  http://www.pangu.org