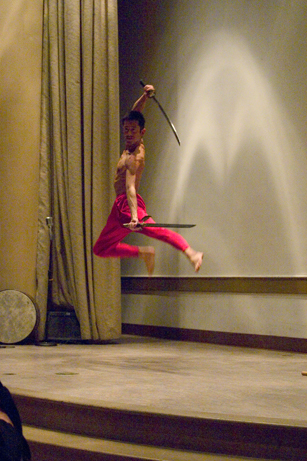 Gio Kusanagi Project will premiere “Prayer for Earth 2016” at CRS on March 26, 2016 at 8 pm.  Gio Kusanagi is the artistic director as well as the choreographer/dancer and his solo-dance will be accompanied by Helen Comber’s singing and piano. This evening-length-dance-theater will include Gio’s unique and wide range of dance vocabularies, based on American modern dance, jazz dance, ballet, martial arts, and Butoh dance (Japanese avant-garde dance), along with live music and responsive singing between Helen and Gio in the format of short musical-type-acting.

The story includes the notion that the fundamental solution to the contemporary world problems is our retrieval of inner connectivity to the earth itself. Audience members will be invited to share their concerns about the contemporary world through brief writing at the beginning of the show and their prayers will be incorporated into the performance as the focal point of intention. This is a socially-engaged-evening-long-theater with a brief but essential element of audience participation, and appropriate for all ages.