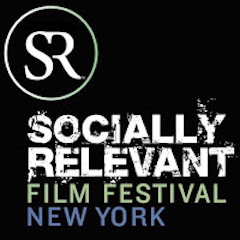 Every year CRS is proud to be one of the sponsors of this wonderful film festival that uniquely feature films of all types and durations, as long as they are meaningful. SR Socially Relevant (TM) Film Festival New York is a film festival that focuses on socially relevant film content, and human interest stories that raise awareness to social problems and offer positive solutions through the powerful medium of cinema. SR believes that through raised awareness, expanded knowledge about diverse cultures, and the human condition as a whole, it is possible to create a better world free of violence, hate, and crime.

The bulk of the festival takes place at nearby Cinema Village (22 East 12th St, New York, New York 10003), but every year CRS hosts some auxiliary events such as panel talks or short film programs or workshops. You can see the full festival lineup and purchase an early bird pass now!

“In the Video Diary Workshop I will guide filmmakers into the exploration of the visual clues hidden in locations which can be used to trigger your creative imagination for future projects. Narration nowadays is a visual experience. In order to promote our movies in Cannes or other venues, a script, or a synopsis is no longer sufficient. Filmmakers are asked to provide Mood Boards, Visual Pitches and Visual References. Teasers are often required. We go Visual. The idea of the workshop is to give you some advice on how to gather visual informations and reorganize them into a narrative thread to serve your development process.”