CRS presents Crossing Boundaries Concert Series Vol. 18:  FREEDOM on July 16, 2022 at 7 pm in Marc A. Scorca Hall at The National Opera Center — OPERA America. The program, in celebration of women, features free improvisation by six acclaimed female musicians of different backgrounds: Ayumi Ishito (saxophone), gamin (Korean winds), Gelsey Bell (vocals), Layale Chaker (violin), Lesley Mok (percussion), and Shoko Nagai (piano, accordion). Each artist will have the freedom to express her own voice as well as join with the others in solidarity in different combinations.

Curated by multi-Instrumentalist gamin, this fifth season of Crossing Boundaries consists of three concerts providing a platform and safe space for female and female-identifying musicians. Following the performance there will be a conversation with the audience about the concert and the theme of gender in the music industry. Crossing Boundaries Vol. 16:  FOCUSING ON HER, co-presented by Tenri Cultural Institute of NY, has been re-scheduled for Dec 10, 2022 at Tenri.

Tickets are $10 – $30 and are available online through eventbrite.com and at the door for cash only, if not sold out. All patrons must show proof of vaccination at the door in order to be admitted, no exceptions. In addition, masks must be worn throughout.

“Shoko Nagai, one of New York’s most individualistic and intense performers on the avant-garde side of jazz – dazzles with her glimmering, darkly necromantic and blues-tinged piano.” — Time Out NY”

Gelsey Bell is “one of New York’s most adventurous musicians….” — New York Times

“Gamin is one of the most celebrated piri, taepyeongso and saengwhang performers in Korea today.” — Silkroad

“Ishito is among a cadre of musicians in New York incorporating everything they love about music into the jazz lexicon, imparting micro innovations that are not only adding fresh layers but attracting new audiences to jazz that wouldn’t otherwise.” — Jazz Views with CJ Shearn

“Lesley Mok stood out for her expansive curiosity, rigor in artistic practice, and embrace of different practices — not only making provocative and authentic connections, but also playing with and deepening our understanding of form and expression.” — Elena Park, Asian American Arts Alliance Van Lier Fellowship panelist

CROSSING BOUNDARIES is a concert series devoted to dissolving boundaries between performers and audiences, the traditional and contemporary, classical and experimental, and the culturally specific and the global. Series curators are given the opportunity to create unique performance events in collaboration with musical, visual, and/or movement artists of their choosing.

Inaugurated in 2018, Crossing Boundaries is made possible in part with public funds from Creative Engagement, supported by the New York City Department of Cultural Affairs in partnership with the City Council and the New York State Council on the Arts with the support of Governor Andrew Cuomo and administered by LMCC. LMCC empowers artists by providing them with networks, resources, and support, to create vibrant, sustainable communities in Manhattan and beyond.

Enter on Seventh Avenue, and take the elevator to the seventh floor to check in at the front desk. The facility spans the seventh and eighth floors of the building, with an internal staircase providing access between them. There is no external entry to the eighth floor.

You can reach us using more than a dozen subway lines, including the 1 train (at 28th Street), 2/3/A/C/E trains (at Penn Station), B/D/F/M/N/Q/R/W trains (at 34th Street-Herald Square). You can also arrive by Amtrak or PATH service, as well as regional bus lines and airport shuttles.

The Opera Center features ground-level entry with elevators to the venue. All spaces are wheelchair accessible, and modular seating can be arranged to accommodate wheelchair users for all programs and performances. Handicap-accessible restrooms are available on the seventh floor. For more information about accessibility, contact us at 212.796.8630 or Reservations@operaamerica.org.

AYUMI ISHITO was born and raised in Ishikawa, Japan. At the age of 19, she began playing tenor saxophone in a college big band at Ritsumeikan University in Kyoto. In 2007, Ayumi received a scholarship to attend Berkee College of Music in Boston, Massachusetts. She spent three years there studying performance and composition. After graduating from Berklee, Ayumi moved to New York in 2010. Ayumi has been playing with many different groups. One of her recent projects, Open Question, received a four-star review in DownBeat magazine in 2022.  Another project, The Spacemen, was selected for the Best Jazz of 2021 in Bandcamp. As a composer, Ayumi has been leading her quintet since 2011 and performing her compositions. The band has released two albums, “View From A Little Cave” in 2016 and “Midnite Cinema” in 2019. 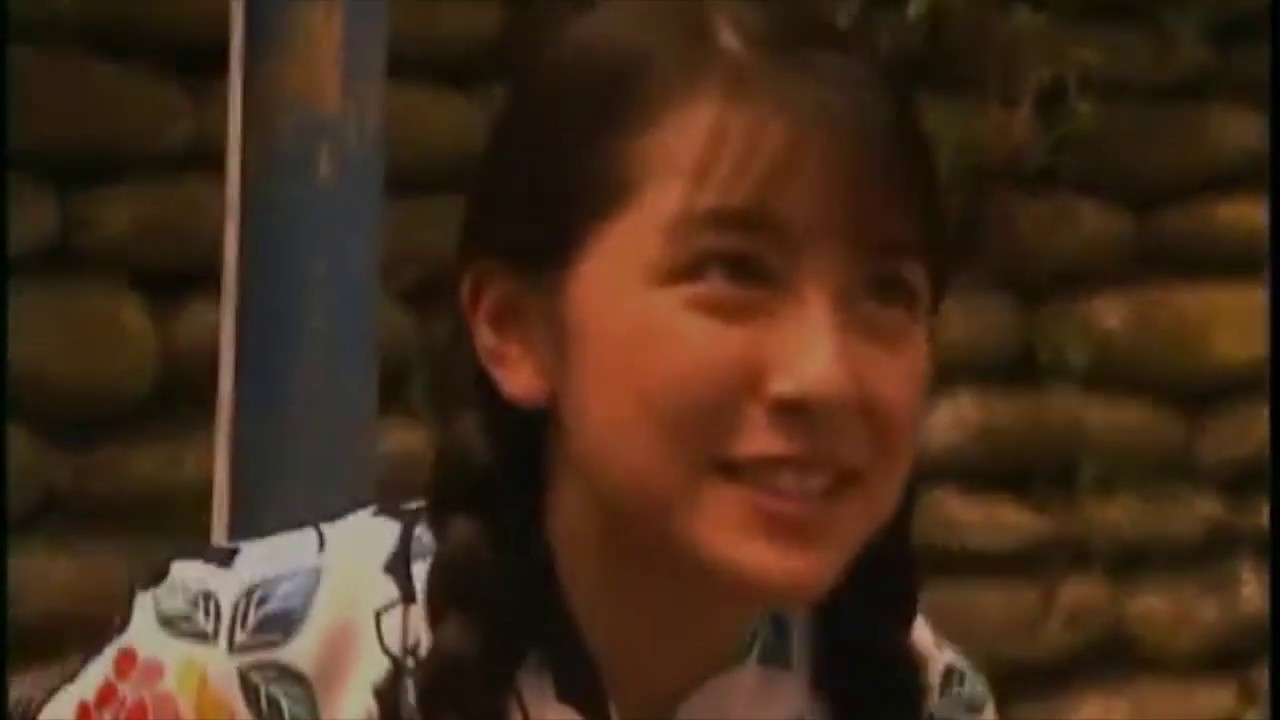 GAMIN is a Korean-born NYC-based multi-instrumentalist specializing in traditional Korean wind instruments. She tours the world performing both traditional Korean music and cross-disciplinary collaborations. She is a scholar and designated Yisuja, official holder of Korea’s Important Intangible Cultural Asset No. 46. From 2000 to 2010, gamin was the principal player at the National Gugak Orchestra. gamin has received several cultural exchange program grants, including Artist-in-Residence at the Asian Cultural Council, and has collaborated in cross-cultural improvisation with world-acclaimed musicians, presenting premieres at Roulette Theater, New School, and Metropolitan Museum. gamin was featured artist at the Silkroad concert, Seoul, 2018, performing on-stage with the founder, Yo-Yo Ma. For 2020, gamin was selected as artist-in-residency at the HERE Arts Center, NYC, and her album “Nong” was released by Innova Records. gamin’s Carnegie Hall solo début, accompanied by Nangye Gugak Orchestra, scheduled for March 2020, was postponed by Covid 19. 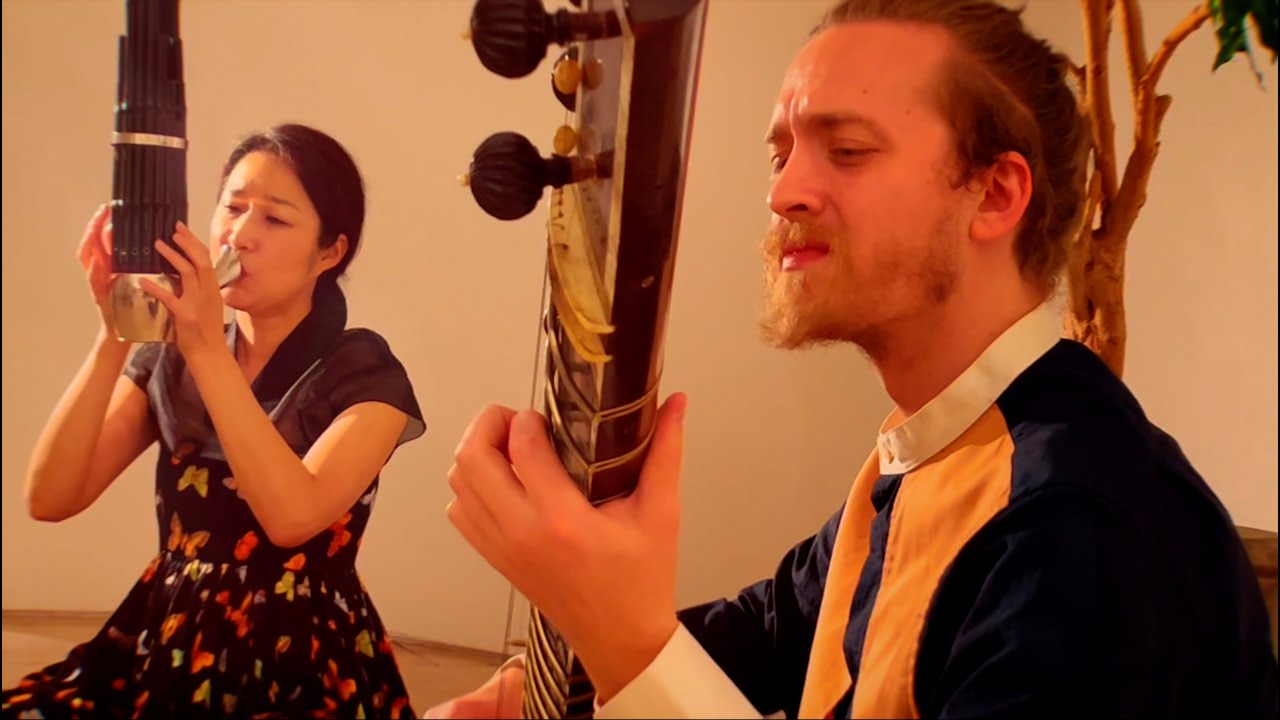 GELSEY BELL is a singer, songwriter, and scholar. Described by the New York Times as “one of New York’s most adventurous musicians,” she is a core member of thingNY, Varispeed, and the Chutneys. She is a resident artist at the HERE Arts Center and Pioneer Works. She has received awards from the Foundation for Contemporary Arts, Opera American, and the Japan Foundation, and recent residencies at Mount Tremper Arts and the Kinosaki Arts Center in Japan. Her recent works include the sound walk Cairns (included on the New York Times Best Theater of 2020 list), shuffleyamamba: Yamamba as a Bear (created with Yasuko Yokoshi), SubtacTTTTTTTTT (created with thingnY), and Skylight (created with Erin Rogers). Performance highlights also include Dave Malloy’s Natasha, Pierre, & the Great Comet of 1812 (Broadway) and Ghost Quartet, Robert Ashley’s Improvement and Crash, Kate Soper’s Here Be Sirens, and Gregory Whitehead’s On the Shore Dimly Seen.

Deemed a “Rising Star” by BBC Music Magazine and raised on the verge of several musical streams since her childhood, Lebanese violinist and composer LAYALE CHAKER debuted her musical training at the National Higher Conservatory of Beirut in her native Lebanon.  A Ruth Anderson 2017 Competition Prize winner, she is also the recipient of the Royal Academy of Music’s 2018 Guinness Award, a finalist of the Rolex Mentor and Protégé 2018 Prize, the recipient of the Lili et Nadia Boulanger 2019 Prize and of Silkroad’s inaugural 2020 Seeds Award. “Inner Rhyme”, her debut release with Sarafand, was listed as “Top of The World” by Songlines with a 5-star review, Top 10 NPR Best Releases, #1 for several weeks on the World Charts of iTunes and Amazon Music, and received features and praises by the New York Times, The Strad, Strings Magazine, Jazz World, and Rootsworld among others. She has debuted her first violin concerto with the Bayreuther Philharmoniker as the orchestra’s first-ever commissioned composer in January 2018. A recent commission from Newlands Festival has also invited her for a collaboration with Holland Baroque. Layale Chaker was also recently granted the Diaphonique 2019 Franco-British Commission Fund, along with London-based Notes Inegales ensemble and musicians of the Orchestra of the Age of Enlightenment, for a creation in May 2019. As a member of Daniel Barenboim’s West-Eastern Divan, she performs around the year in concert halls such as the Royal Albert Hall, Teatro Colon, Mozarteum Salzburg, Philharmonie de Paris, Salzburg Festspiele and der Philharmonie Berlin among others. 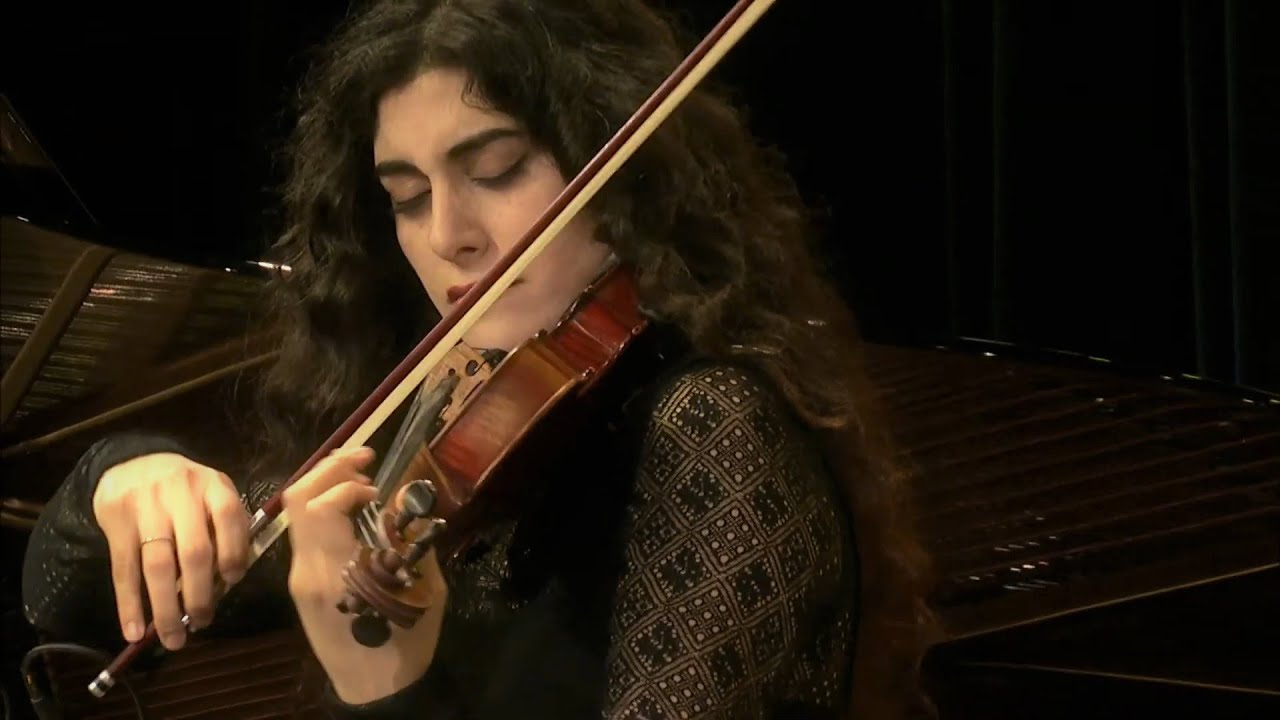 LESLEY MOK is a drummer, composer, and improviser based in Brooklyn, NY. Interested in the ways social conditions shape our beings, Lesley’s work focuses on transposing, augmenting, and overacting humanness to explore ideas about normalcy, alienness, and privilege. She likes to write in a way that considers the whole expressive range of each instrument, often utilizing extreme ranges and dynamic timbres in her writing as a framework for individuality and personal expression. Her ongoing explorations with composition and improvisation are most notably documented in her nine-piece improvising chamber ensemble, The Living Collection. Lesley’s work has been recognized by the ASCAP Foundation and the Asian American Arts Alliance, and has been performed by International Contemporary Ensemble, Metropolis Ensemble, and JACK Quartet. She has collaborated with Tomeka Reid, Fay Victor, William Parker, Cory Smythe, Jen Shyu, Sara Serpa, Elias Stemeseder, David Leon, Anna Webber, Adam’ O’Farrill, and Edi Kwon. 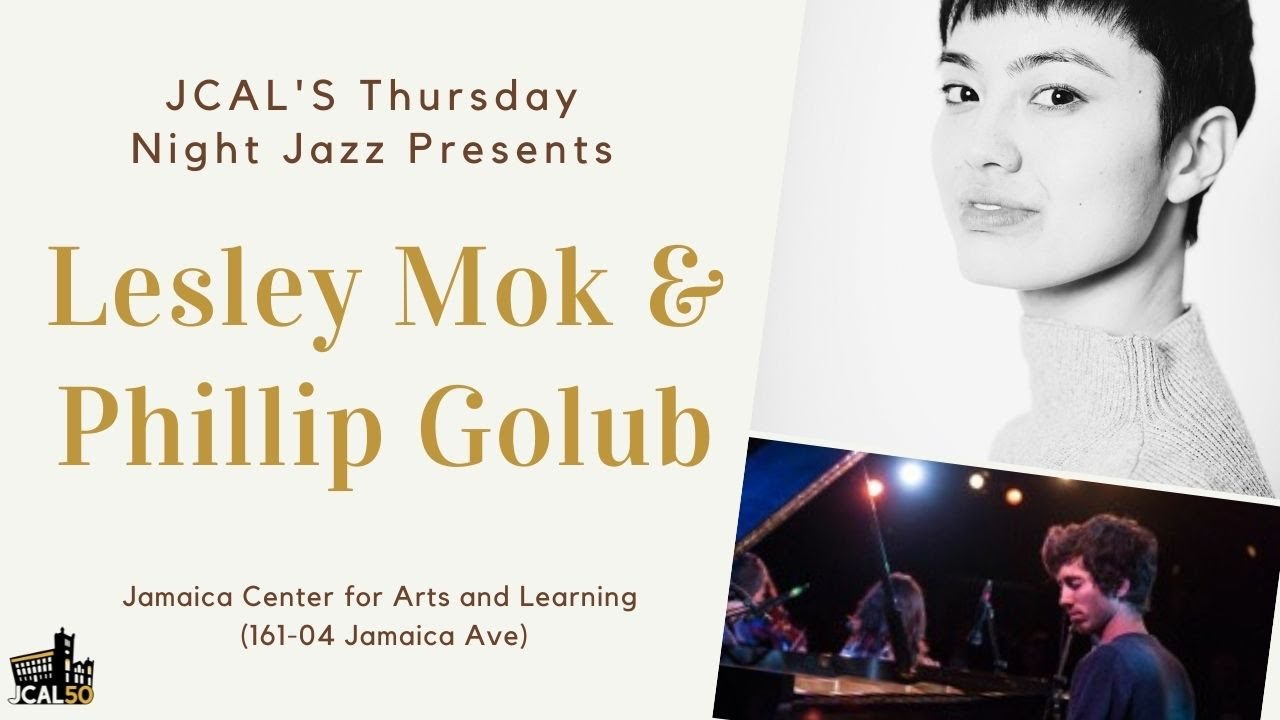 SHOKO NAGAI is a versatile musical artist who improvises and performs with world-renowned musicians on piano and accordion and composes original scores for films and live performances. Since moving to the U.S. from Japan and studying classical and jazz music at Berklee, she has adapted her mastery of the keyboard to prepared piano, accordion, Moog synthesizer, and other instruments. Whether she is performing Klezmer, Balkan or experimental music, Nagai is a charismatic presence onstage, who hypnotizes audiences with her intense focus and virtuoso sound. A veteran of the New York downtown music scene, she performs with John Zorn, Erik Friedlander, Marc Ribot, Miho Hatori (Cibo Matto), Satoshi Takeishi, Elliot Sharp and many eclectic performers. Nagai is winner of CMA 2021, NYFA and City Artist Corps 2022. 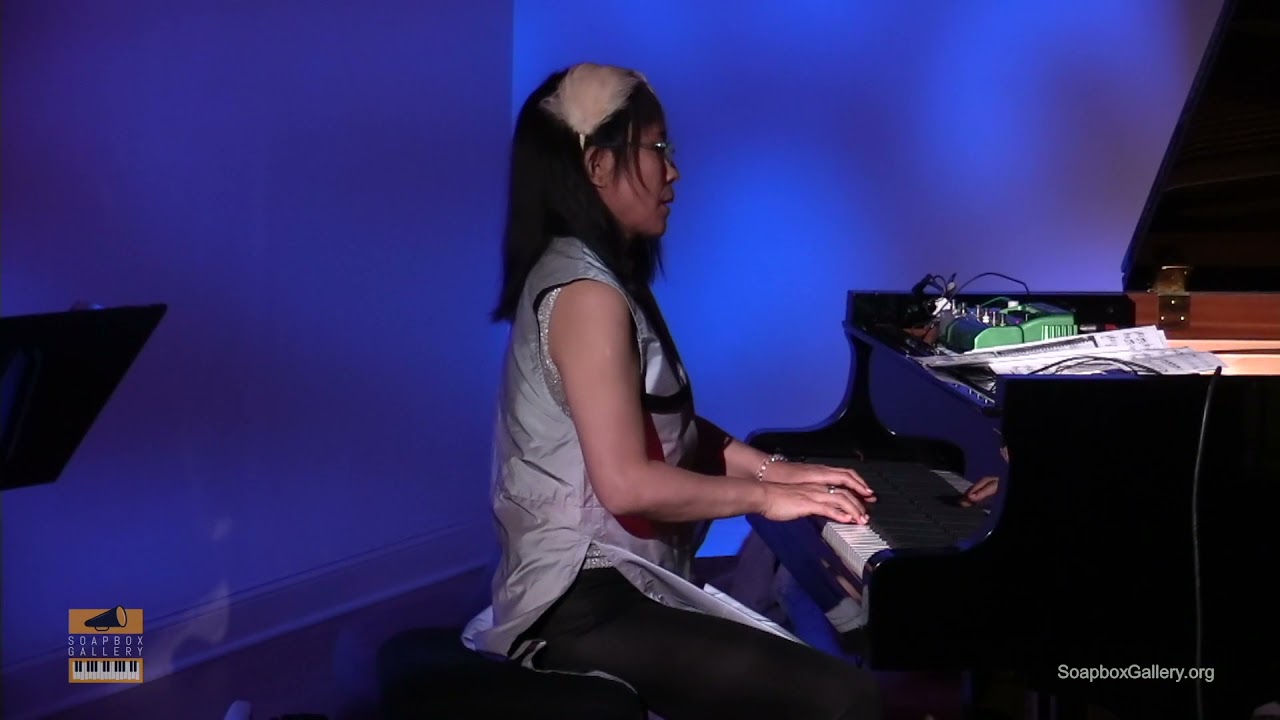 CRS (CENTER FOR REMEMBERING & SHARING) is a spiritual healing and art center founded in 2004 by the writer/lecturer/spiritual counselor Yasuko Kasaki and artist Christopher Pelham. Our mission is guided by A Course in Miracles (ACIM). ACIM says that recognizing that you and your brother are actually one is the only way to experience peace. The mission of CRS is to promote the awareness that limitless creativity lives within each of us. We train minds to recognize the light in themselves and others and provide them opportunities to share their inner vision through the healing and creative arts. Since its founding CRS has provided numerous residencies and performance and exhibition opportunities to artists from all over the world. Currently, CRS is a lead sponsor of M³ (Mutual Mentorship for Musicians), a platform created to empower, elevate, normalize and give visibility to women, non-binary musicians and those of other historically underrepresented gender identities in intersection with race, sexuality, or ability across generations in the US and worldwide, through a radical model of mentorship and musical collaborative commissions.