There are 29.8 million people living as slaves right now, more than at any other time in history, 60,000 in the United States — Walk Free Foundation.
CRS Community Films and Think Act Change NYC invite you to a panel discussion and two film screenings (one documentary, one feature) exploring the exploding crisis of slavery right here in the United States. We’ll look at how it’s happening and why, what government agencies are doing to prevent trafficking, the obstacles that non-profit agencies face in helping to return the victims to free, healthy lives, and what we can do as individuals to help.
Admission is free. You are welcome to attend either or both screenings (seating is first come, first serve), but either way we encourage you to participate in the discussion!

Human trafficking is the fastest growing criminal industry in the world, tied with arms trafficking as the second largest criminal industry in the world, after drug trafficking. Several million more individuals become victims of human trafficking each year. Of these, 87% are trafficked for the explicit purpose of sexual exploitation. The majority are girls and women (U.S. Department of Health and Human Services). — Coalition Against Trafficking in Women
ABOUT FLESH THE MOVIE
Slavery. In the past. Human trafficking. Over there. FLESH a shocking documentary, calls into question our definitions of slavery, human trafficking, and prostitution in the United States. This is a story told by girls who have escaped and by those still enslaved. It is told by former and current pimps. It is told by the abolitionists of today, including numerous directors of non-profit organizations, a former U.S. Ambassador, LAPD vice and the L.A. City Task Force on Human Trafficking.
Cameras capture prostitutes on the streets of Los Angeles and reveal the heartbreaking reality of “The Game”. Even more compelling are the stories of these former prostitutes, who tell of the atrocious ways they were enslaved physically and psychologically. They tell their stories of being trafficked in the U.S. and the moving stories of how they escaped.  FLESH goes behind the scenes of the third largest criminal industry that preys upon girls, whose average age of entry is twelve to fourteen.

FLESH does not end with the presentation of trafficking in the U.S. – it delves into its causes. Why the demand for the supply of new flesh? Why must pimps rotate their prostitutes between cities and states? Why must new and younger girls be forced into the system? The interviews give voice to those in the business of prostitution and to those seeking to end it. Together they offer startling perspectives on what drives trafficking here in the U.S.
Writer/Director/Producer Kristin Ross Lauterbach’s interest in social and human right issues has led her to promote awareness and provide relief for people who are suffering around the world. Kristin has also directed several short-length documentaries.  Of these, “Emthonjeni: South Africa,” a profile of a settlement outside of Johannesburg, and “Help Haiti Heal,” which shows the devastating effects of the 2008 flooding in Haiti, have together raised well over half a million dollars in relief money for victims of poverty and natural disaster in those countries.
Producer/Writer Christina Lee Storm is an international independent producer whose experience in both Asia and the U.S. has enabled her to collaborate with talented independent filmmakers from around the world. She is a Partner and Producer for Accelerated Entertainment.  Her most recent producing credits include The Least of These staring Isaiah Washington and To Save A Life distributed by Goldwyn Films.  Christina has a passion for making films with profound themes.  She is an alumnus of Act One: Writing for Hollywood program and serves on its Advisory Board for the Executive Program.  She is also a member of the Producers Guild of America and serves on the National Board of Directors.
http://www.fleshthemovie.org
ABOUT LOVE TRAFFIC
This fiction feature exposes the untold and often overlooked story of the African girls sold into slavery for sex and labor, often under the spell of an herb doctor. “Love Traffic” trails the story of a trafficker and his associates trading African girls for financial gain to support his interest in love for the beautiful Iffy. A close brush with the law drives Tony to kidnap and traffic his lover’s sister.
Writer/director/producer Kenneth Ora Melie was born in Onitsha, Eastern Nigeria and holds a masters in information security and teaches IT at various institutions in the New York Area. He also holds a bachelors degree in film production from the University of Wisconsin and has worked in all capacities in film and video from LA to New York with major production houses as ABC, HBO, NHK, MTV, and Panavision to name a few.  Kenneth worked on several music videos in the 90s from Naughty by Nature, Erick B and Rakim, George Benson, and some commercials. He has since worked in the explosive African film industry “Nollywood” and completed several short and full length films to his credit. Filmmaking is not only to exercise his passion but a necessity to expose the ills of our society.
ABOUT THINK ACT CHANGE NYC
THINK ACT CHANGE NYC is a meetup group for change-makers, thinkers, innovators, entrepreneurs or anyone who is passionate about social innovation, social enterprise or simply doing good. At our meetups we want to spark conversations about things that matter in an informal gathering of people who want to talk about real issues. We want to connect, inform, inspire, and empower you to act on innovative ideas to implement real change. 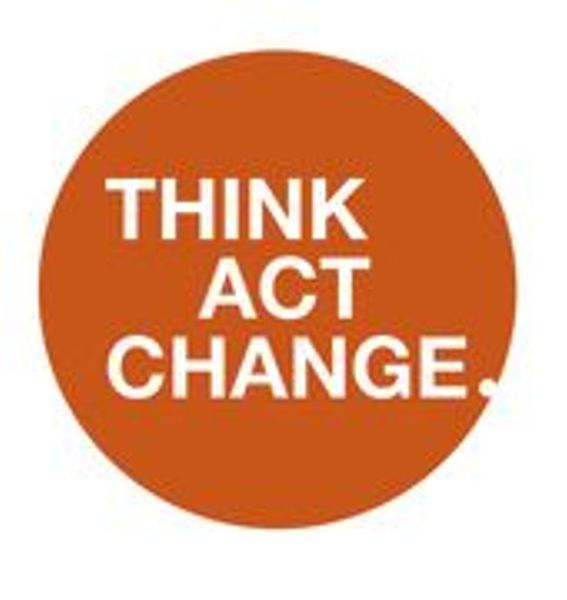 Think Act Change NYC is a meetup group for change-makers, thinkers, innovators, entrepreneurs or anyone who is passionate about social innovation, social enterprise or simply …

Check out this Meetup Group →

ABOUT CRS COMUNITY FILMS
CRS COMMUNITY FILMS provides a forum for local and independent filmmakers to share and discuss their work and ideas.
http://www.meetup.com/NYC-FILM-VIDEO-SHOW-TELL/

About CRS (Center for Remembering & Sharing) and Social Activism
As you may know, CRS (Center for Remembering & Sharing) is a center for the teaching and practice of A Course in Miracles (ACIM). Many people see the Course as being solely about changing the mind rather than behavior, about finding peace in one’s own mind by accepting external circumstances (as being unimportant, indeed unreal) rather than trying to change them. However, the Course also says (in an earlier edition) that once your mind returns to love,
You now share my inability to tolerate the lack of love in yourself and in everyone else, and must join the Great Crusade to correct it. The slogan for this Crusade is ‘Listen, Learn, and Do.’ This means Listen to My Voice, Learn to undo the error, and do something to correct it. The first two are not enough. The real members of my party are active workers. — A Course in Miracles Urtext (T-1.26).
Therefore, we at CRS actively support all forms of social action that are motivated by love and the goal of undoing the obstacles to love in the world. That starts with changing our own minds by returning our own thoughts to love and then spreads when we help others to do the same.