WATER CHILDREN (documentary), 2011
A film by Aliona van der Horst
Netherlands, 2011, 75 minutes, Color
Japanese/English (English Subtitles)
Showtimes: Sat, 9/13 at 7 pm and Sat, 9/20 at 2 pm
CRS (Center for Remembering & Sharing) invites you to the NYC premiere of WATER CHILDREN. In this acclaimed, hauntingly beautiful film, director Aliona van der Horst follows the unconventional Japanese-Dutch pianist Tomoko Mukaiyama as she explores the miracle of fertility and the cycle of life—sometimes joyful, sometimes tragic.
Tickets are $10 in advance and $12 at the door.
When Mukaiyama recognized that her childbearing years were ending, she created a multimedia art project on the subject in a village in Japan, constructing what she calls a cathedral, out of 12,000 white silk dresses. While Mukaiyama’s own mesmerizing music provides a haunting backdrop to the film, her installation elicits confessions from its normally reticent Japanese visitors, many of whom have never seen art before—and in moving scenes they open up about previously taboo subjects.
Mukaiyama’s courageous approach to a subject that remains unspoken in many cultures is explored with an elegance and sophistication that deepens our understanding of the relationship between body and mind. We hear from women who talk about their experiences with menstruation, miscarriages, children and the failure to conceive, fertility and sexuality.
The miracle of fertility has always remained a miracle. In Mukaiyama’s unique installation, visitors, as in a ritual, roamed around and fell silent, and sometimes went on to describe intimate details about sexuality and choices made, children who were or were not born.
This led the filmmaker to the ritual of the ‘water children.’ In Japan, premature babies, stillborns, babies that were never born are commemorated in a mythological ritual and known as water children. Because they never had an opportunity to carry out good deeds, they are unable to cross the underworld river and are trapped in stone figurines on a riverbank.
In the film, the sound of Bach’s Goldberg Variations, magically and sensually interpreted by Tomoko Mukaiyama, subtly lifts the individual stories to the universal. The pianist and the filmmaker kept silent for a long time about their own deeper motivations to want to make the film and the artwork. Gradually, while making the artwork and the film, it becomes clear what drives them both, each from her own fate.
Watch the trailer: 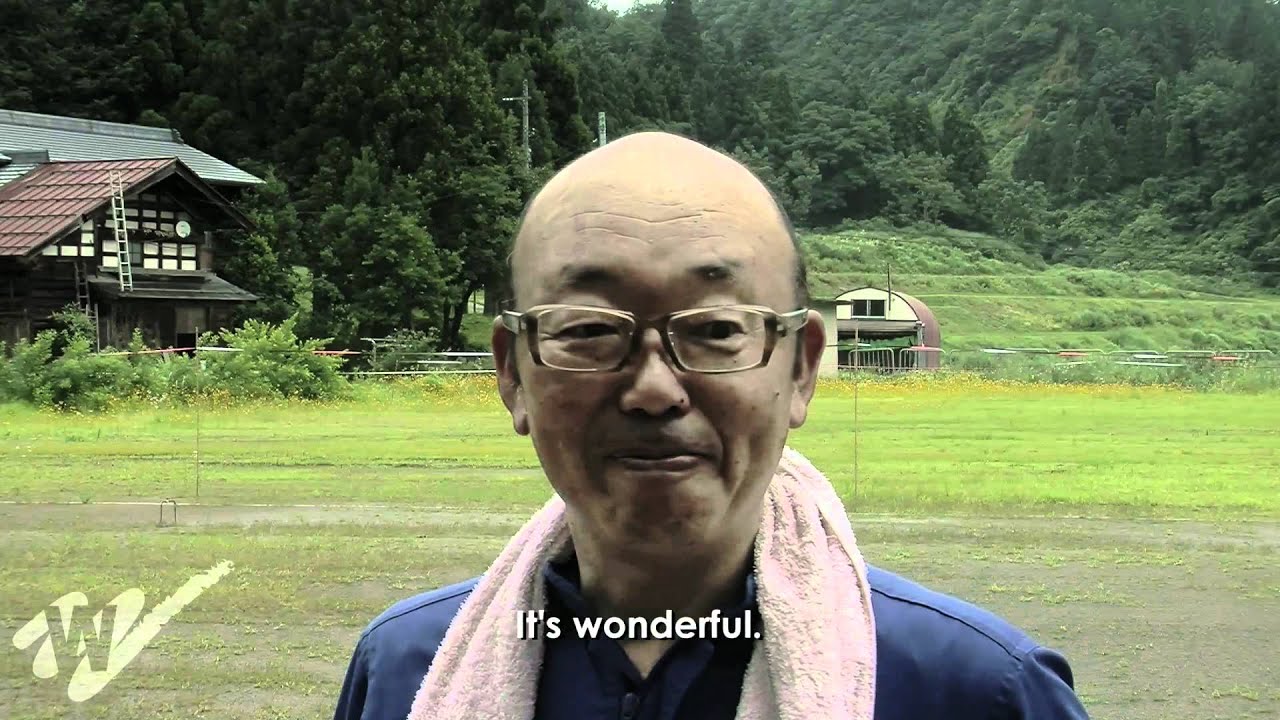 “As sensuous as Werner Herzog’s early work or Terence Malick, especially ‘Tree of Life’…an extended moment of the sublime.”
— Gawie Keyser, De Groene Amsterdammer
“Reserved and breathtakingly intimate… [T]he film penetrates into what is probably still one of the greatest of taboos, menstruation, and, as a consequence, about what femininity and being a woman mean.”
— Dana Linssen, NRC Handelsblad

About Director Aliona van der Horst
Dutch director Aliona van der Horst has directed four international award-winning documentaries. She was born in Moscow, Russia, in 1970 and studied Russian literature at the University of Amsterdam and film at the Dutch Film and Television Academy. She began her career in 1997 with the much-acclaimed “The Lady with the White Hat” and since then has received multiple awards for most of her films, among them the Special Jury Prize at the Tribeca film festival for “Voices of Bam” (2006), and the Grand Prix of the FIFA Montreal for “The Hermitage Dwellers” (2004). Recently she has received the Jan Kassies award by the Dutch Cultural Broadcasting Fund, for outstanding achievement. For her documentary “Boris Ryzhy” (2008) she received the ‘Silver Wolf Award’ at the IDFA 2008, Best Documentary Award at Edinburgh Filmfestival 2009, the Award of the Dutch Filmjournalists and the Special Jury Prize at the FIFA, Montréal.
About Pianist Tomoko Mukaiyama
Tomoko Mukaiyama, winner of the first prize of the Dutch Gaudeamus competition in 1991, has been engaged by prestigious orchestras and ensembles like the Ensemble Modern in Frankfurt, the London Sinfonietta, the Ensemble Intercontemporain and the Royal Concertgebouw Orchestra among many others. She has collaborated with film directors, designers, architects, dancers and photographers, such as Marina Abramovic, MERZBOW, and Jirí Kylián.
From the beginning of 2000 Tomoko Mukaiyama also started working as a visual artist. She used her experience as a concert pianist to create her first installation piece. She gave new dimension to the concert space with her project Amsterdam x Tokyo (2000) and for you – Yokohama Triennial (2002). She studied the absence and presence of the composer, audience and pianist in her installation you and bach that she made for the Sydney Biennale in 2006.
In Show me your second face (2007) she transformed herself and the piano into a fashion sculpture. Her music installation Mo-Ichido (2008) also included the experience of scent by integrating organic odours and video.
Her multimedia project wasted has successfully toured to five locations all over the world. In 2011 it also lead to a documentary about the project wasted.  Tomoko’s latest installation performance SHOES’ (2011) combines several fashion elements with human ambitions. In 2012 she collaborated with director Pierre Audi on a piece of the Finnish composer Kaija Saariaho.
This year she created the dance work SHIROKURO (2012) with Nicole Beutler and Jean Kalman. This work will be presented during the Holland Festival in 2013. Both the Setouchi Art Festival and the Aichi Triennial in Japan will present Tomoko’s installation works Nocturneen Falling (inspired by Beckett’s works) in 2013.
She’s also creating music for Jirí Kylián’s dance performance East Shadow which tours in 2013 and 2014.
http://www.tomoko.nl