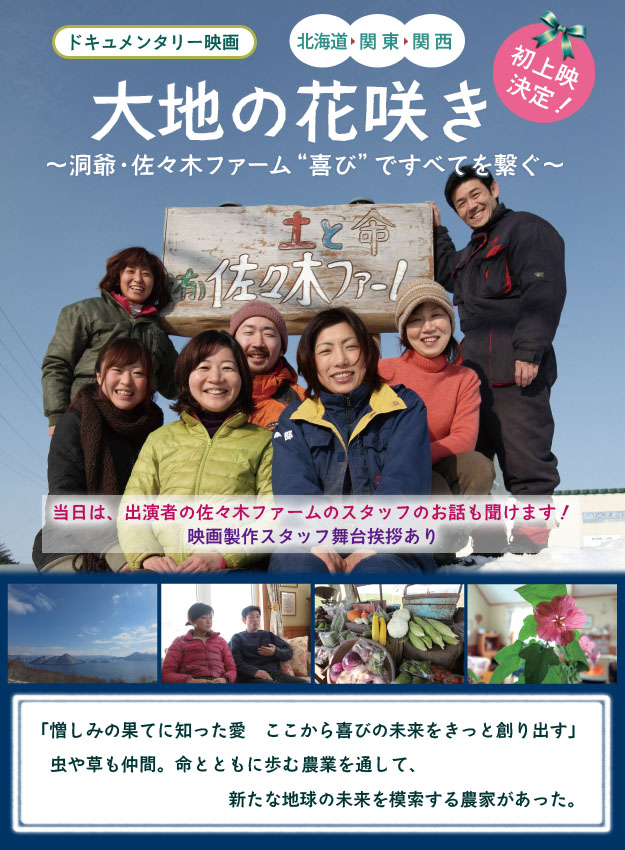 CRS invites you to the NYC premiere screening of the Japanese documentary “Daichi’s Flowers Are Blooming.” This film showcases an innovative organic farm in Hokkaido, Japan. It is also the story of a family tragedy transformed into a loving prayer for the future. The screening will take place July 2, 2017 at 1:15 pm in the White Room at CRS, and tickets are $15 cash at the door.

Every morning the workers of Sasaki Farm begin the day by affirming, “We will circulate love and joy!” The workers talk to the vegetables and the vegetables listen:  “How are you? Thank you.” This farm uses no agrichemicals or fertilizers. Bugs and weeds are accepted.

The farm’s operation used to generate a lot of stress and conflict within its owner’s family. Finally ready to abandon the farm, the family was struck by a greater tragedy. Their son, Daichi, suddenly passed away. With his final words, he vowed to protect his family. The family began questioning how they were living and how to make sense of their son’s passing. His name, Daichi, means ground. They decided to remain close to the earth and not only keep the farm but greet the ground and plants that grow in it everyday to say I love you and thank you to their son. 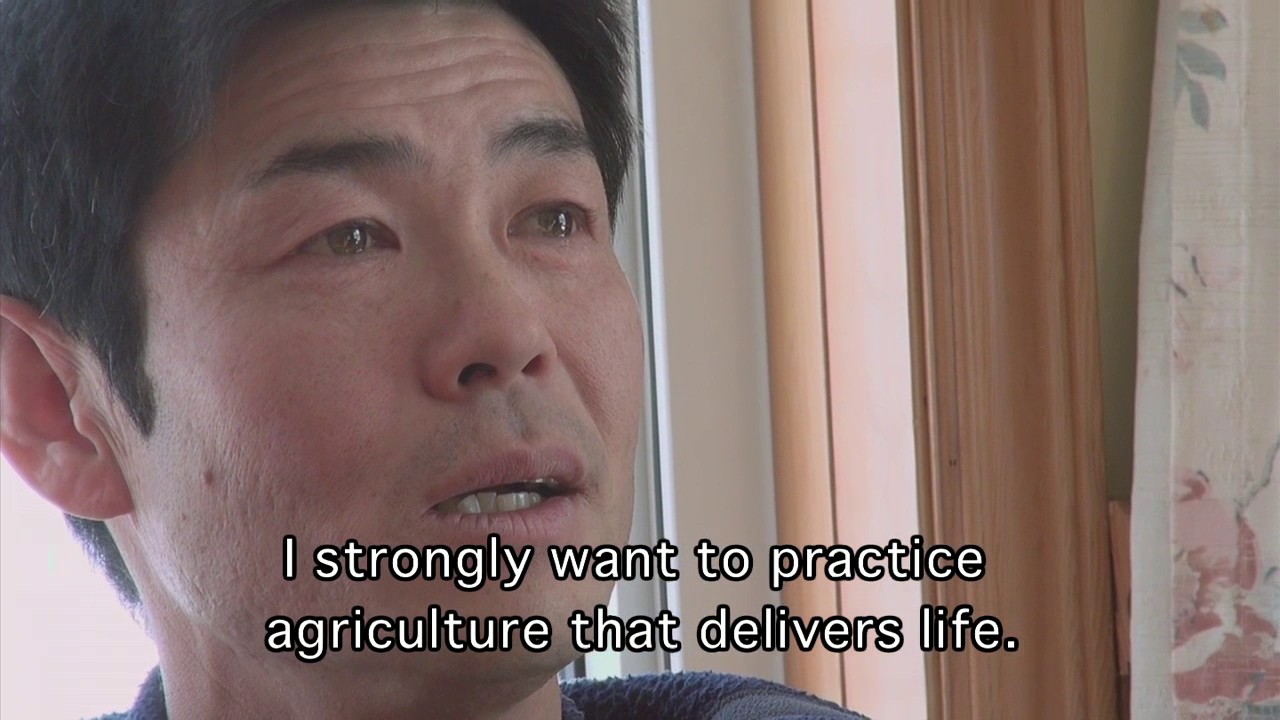 Director Yasuko Iwasaki is a film director and producer, a coaching facilitator, and the president of Heart of Miracle, an incorporated non-profit organization in Japan. She established the E･E project with Mr. Takahiro Ono to create documentary films for empowering people. She met Ms. Fumiko Irie and helped her to create the film “Miracle of The Gifted Quarter – Life’s Truth Revealed.” Over 120,000 people watched the film by the end of 2011. The film has been shown by volunteers in non-profit screenings, and it is further extending through out the world. In 2008 she directed and completed a film “The Universal Principle – How Everything is Created with Love.” In order to distribute those films, she established Heart of Miracle. In addition to film distribution, she wishes to create opportunities for people to communicate mutually through films. It is love that can make miracles. It is a source of infinite power which sits deep in everyone’s heart.