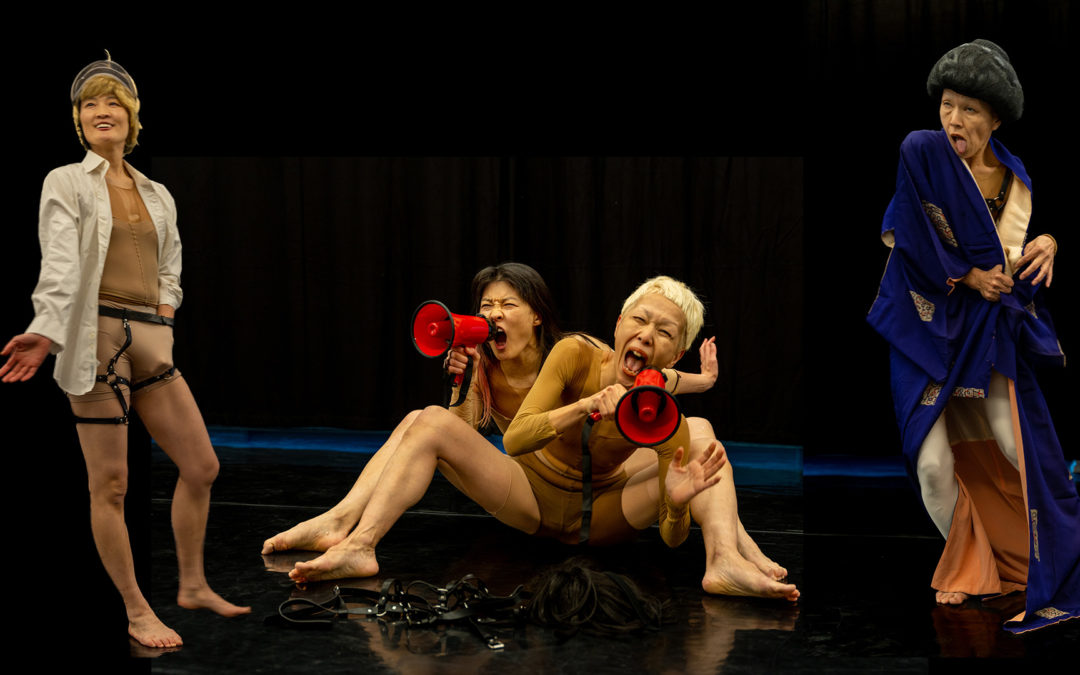 Thank you, everyone, who attended our sold-out first showing of DIVINE at Theaterhaus in Berlin, Germany on Nov 13! DIVINE began with a riddle: what could a lifelong ballerina, Megumi Eda, and a Butoh artist, Yuko Kaseki, create together? What resulted is a work of pathos, humor, and horror, a feminist meditation on traditional tales of women treated horrifically, specifically Giselle (made famous through ballet) and Oiwa, from the Yotsuya Kaidan (四谷怪談) which has been told in many forms but perhaps most famously in the Japanese Kabuki theater.

Both of these traditional stories were first adapted for the stage within a few years of each other in the early 19th century, and both depict women who are deceived and mistreated by their lovers. Giselle’s suitor hides from her that he is a nobleman and has no intention of marrying her. When she finds out, she dies of a broken heart. Oiwa’s face is burned by a younger, wealthy woman who wishes to steal her husband. Rather than come to her aid, Oiwa’s husband decides to divorce her and asks his friend to rape her to justify the divorce. She dies while resisting.

Working to an original sound score by Reiko Yamada, Eda and Kaseki take a fresh look at these stories and the roles and limited and dangerous choices so often thrust upon women not of their own choosing or making — through the centuries and the traumas, emotional and physical, that this inflicts.