CRS and Mar Creation, Inc. are delighted to present an evening of fantastic female singer-songwriters on Saturday, Oct 14, 2017 at 7 pm. LittleStarRun (based in PA and Greece) and Rie Tamuro (from Japan and now based in NY) will play solo and Yuka Yamamoto and her bandmate Shanir Ezra Blumenkranz  of The Fugu Plan (NY, Israel, Japan) will perform as a duo.

Conjuring mystery with bewitching vocals and modern sonics, these island-hopping storytellers set sparkling observations of cultural dislocation to melodies haunting and buoyant. LittleStarRun found her voice among the echoes of ancient Athens and Crete, and her dreamy songs reflect her explorations there. Rie’s writing also sharply maps the experiences of trading one island for another half-way round the world. Yuka finds inspiration in the vanishing traditions and folklore of medieval Japan and her own Sado Island. Rie Tamuro, a 23-year-old singer / songwriter from Nara, Japan, started playing the guitar at the age of 14, writing songs and performing on the street and at shows. She has more than 150 original songs and has resided in New York since August 2015. Rie has performed at clubs such as Silvana, the Shrine, and Bowery Electric in New York City. https://www.facebook.com/tamuro.rie 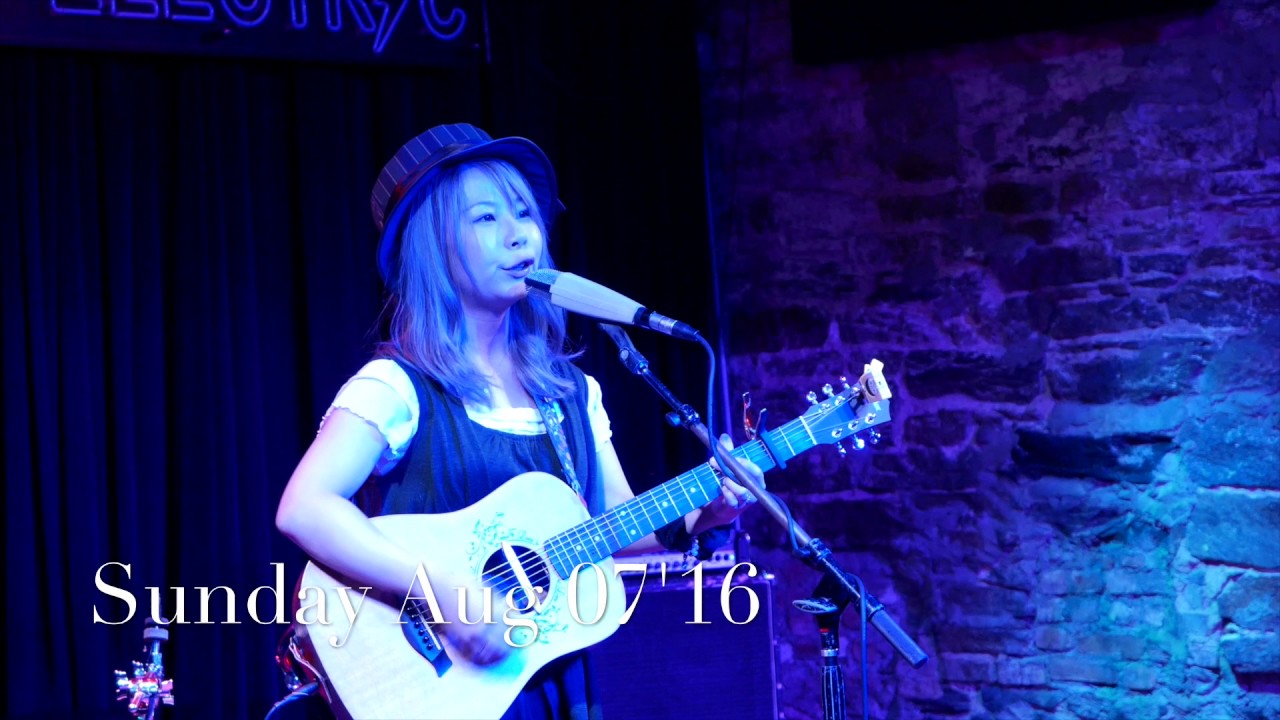 LittleStarRun is the artist moniker of Northeastern Pennsylvania born musician and singer-songwriter Rachel Lucille Woodworth. Her journey began in 2003 in Athens Greece where a career in circus aerial arts and studies in international theater led her to find her musical voice. She has been creating and performing as LittleStarRun since 2010 and received musical studies at Musical Praxis Conservatory in guitar and music theory. Her music can be described as ethereal indie folk or indie folk dream pop “with comparisons to Jenny Lewis, Feist, and Beach House.” In 2015 she had to return to the US after over a decade in Greece to recover from a severe ankle injury which resulted in a debilitating chronic neurological illness. Despite the setback, in 2016 she released her first single “Wilting” recorded in Athens Greece in the home studio of producer Anthony Georgou with whom she co-produced the track. Her studio recordings reflect her diverse musical influences. “Wilting is a song richly layered in echoey vocals and lush guitars leading the listener on a psychedelic journey through an unconscious underground. The song encapsulates an ethereal parallel universe with LittleStarRun’s poetic phrases, subtle country folk guitar blended with layers of distortion and a modern greek chorus of her own vocals. Penned while on the island of Crete in Greece, the song was inspired by a dream and the imagery and journey all take place in the world between asleep and awake. Think Joni Mitchell meets Tame Impala played out in an ancient greek theater.”

“I think my music is about traveling, whether it be physical travel, or mental, or astral… I want to show people new worlds that I see and sensations I experience. ” — LittleStarRun

She has contributed and composed songs for theater productions in her native Scranton. She has contributed backing vocals to Pennsylvania indie psychedelic rock band Brian TV’s 2014 record, Brian TV Quits. LittleStarRun’s debut album is currently being recorded and due out in late 2017. Yuka Yamamoto is a Japanese singer song writer, from Sado Island, Japan and now lives in NYC. The Fugu Plan is fronted by Yuka, a Japanese singer and composer from Sado Island, a place of banishment for difficult or inconvenient Japanese figures starting in the 8th century. The Fugu Plan’s MukashiBanashi is based on the secret customs and ancient folktales of Japan, exploring traditions of ritual, tribal, and spiritual music, which pays tribute to the island’s preservation of the traditions of old Japan through ceremony, art, music and magic, while incorporating a mixed bag of musical influences including Ennio Morricone’s film music, psychedelic rock and free improvisation. https://thefuguplan.bandcamp.com/