CRS & Mar Creation, Inc. invite you to discover traditional Japanese music by the acclaimed koto and shamisen player and vocalist Yoko Reikano Kimura, offered together with an exclusive taste of beautiful Japanese seasonal sweets prepared by Mochi Rin. The next concert will take place in the award-winning White Room at CRS on Sunday, August 12, 2018 at 4 pm. Tickets are $25 and include delicious wagashi (sweets). Seating is limited and advanced purchased (online, by phone 212-677-8621, or in person at CRS) is encouraged.

After many centuries, the brilliance of traditional Japanese music is still being passed on to the present day. Come and experience the sounds of koto and shamisen and enjoy the taste of the four seasons here in New York. This concert series features each season’s representative traditional works along with the colorful and delicate Japanese style confectionaries.

This will be the fourth and final concert of Volume 3 of this seasonal series of music concerts called Four Seasons in New York — Gems of Japanese Music. 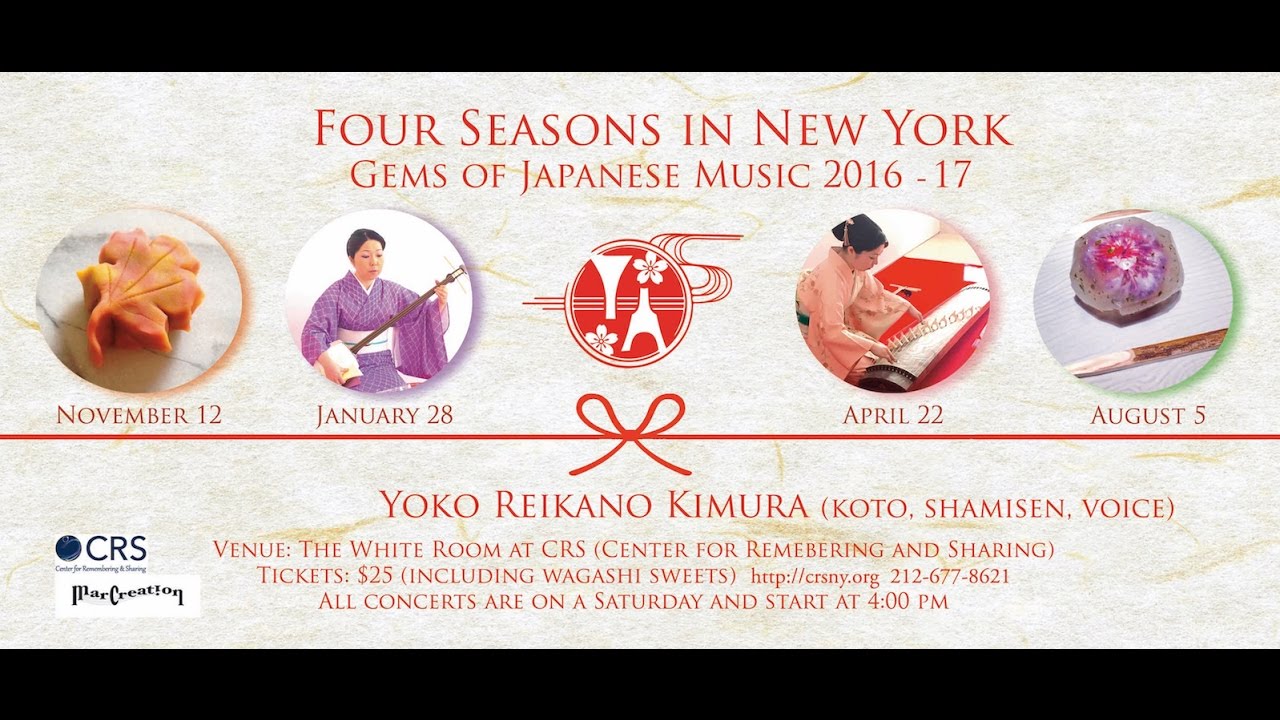